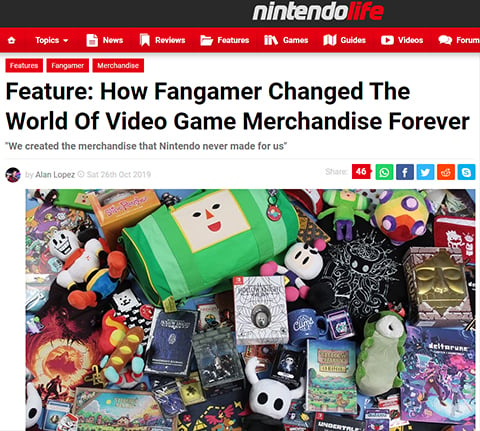 We’re very hands-on with the products produced. Rand Miller, co-creator of Myst, and who plays Atrus in the game, is still directly involved and signs off on every Myst-related thing created by Fangamer. Fangamer has been great to work with as they are just as passionate about the property as we are! In addition to the products developed in conjunction with Fangamer, we’ve opened our own merch store.

The overwhelming response to our Myst 25th Anniversary Kickstarter made it clear to us our fans wanted more! Producing physical products used to be a gamble and

When a license is older, where do the profits for Myst titles go, exactly?

Just like being in an indie band, being an indie developer means that you don’t have some faceless corporate entity telling you what to do… but it also means you don’t have someone to do the “non video game making” work tasks that need to be done (unless you pay for that out of pocket). An indie developer can use revenue streams from older games to support the infrastructure around artists and developers to give them the freedom to work on making the next game without having to split their time between that and other tasks.

Do they help towards future game development at Cyan?

Absolutely. We tend to work from a model that includes a bunch of different streams of revenue which, taken together, make sure the lights stay on, there’s coffee for the developers, and new games get made. This way of working provides a number of challenges that we wouldn’t have if we were in a publisher-driven model, but making the games we want to make on our own terms, without having to compromise the things our fan community wants from us, makes those challenges worthwhile.

Has anyone reached out to you, cohorts or fans, based on the reaction to new Myst products?

We hear from our fans all the time… and we love it! Working with Fangamer, and introducing iconic items to our Cyan store, we see the excitement that we felt when we announced the Myst 25th Anniversary Kickstarter has only grown. We’re finding we’ve just scratched the surface of our fans’ appetite for collectible items. It’s exciting to realize they don’t just want the “vintage” items from us. They’re eager to have us produce new things for them!

We feel really lucky to have a community that has shown us so much support over the past 26 years. We often say that the only reason we’re able to spend the time to create worlds with such depth and scope to them is through the continued passion for these games that has been passed down through generations of gamers. We meet gamers all the time who were introduced to Myst by their parents, and who are now introducing our worlds to their kids. It’s a real privilege to be able to create for them and we hope to do it for many years to come.

What else do you want to know? Drop a comment below, and if we get enough interest here I’ll put together a followup with additional answers from the team!