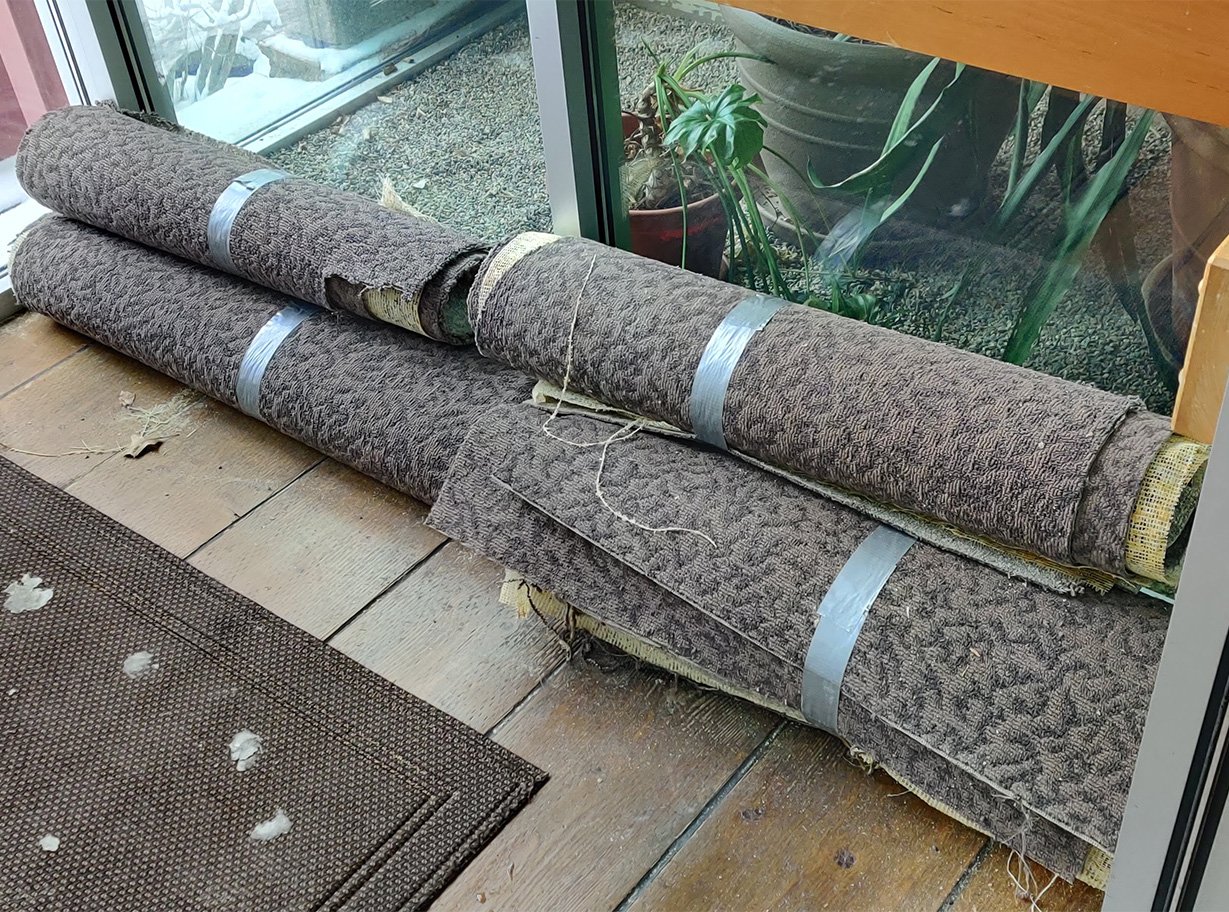 Which is all a very long way around to my point, which is this: our building hasn’t had new carpet, or a paint job since the doors opened 23 years ago. it was about time.

23 year-old carpet and paint? Honestly, it really only looks like 22 years ago carpet to me. But one thing is not up for debate… Everybody around here really loves that new paint smell!

Things aren’t quite finished up so I’ll followup at some point with everything put back together and lookin’ shiny, Captain… but here are some pictures of the destru… errr… construction in progress!